With diabetes reaching the proportions of a pandemic, there is a growing interest in the use of natural remedies. Nature has presented us with a rich variety of herbs and spices that have a potent positive effect on insulin resistance. Many of the herbs detailed below find use in herbal medicine for diabetes mellitus, as type-2 diabetes is medically known.

Ayurveda, the ancient Indian science of healing too includes them in common  herbs for diabetes’ lists.

Here are the top 10 Indian best herbs for diabetes 2

Not only are they regularly used as herbal medicines for diabetes mellitus, but almost all can also be found in most kitchens in the Indian subcontinent. If there ever were a competition to decide the best all-around herbal treatment, Giloy would be one of the strongest contenders. In Hindu folklore, it was used to produce Giloe, a heavenly elixir that purportedly had the power to keep celestials forever young. This climbing shrub is an essential ingredient in Ayurvedic treatments, finding use in a wide range of conditions from fever to infections to diabetes.

All parts of the Giloy plant find use in Ayurveda but the stem is said to contain the maximum beneficial compounds. Giloy contains four major compounds: terpenoids, alkaloids, lignans, and steroids. These compounds are recognized to be anti-microbial, anti-viral, anti-inflammatory, anti-diabetic, and anti-cancer properties. Ashwagandha has been used for thousands of years in various Ayurvedic preparations for its natural healing properties. The word ‘ashwagandha’ comes from Sanskrit, meaning horse-like, and refers to its distinctive small and its strength-enhancing abilities. It is also known as Indian ginseng, and winter cherry. It has a high concentration of a compound known as Withanolides, which has been anti-inflammatory properties and is effective in fighting tumor growth.

For diabetics, Ashwagandha offers strong health benefits. Research studies have shown that it can increase insulin production and improves sensitivity to insulin too. Ashwagandha is also used to control anxiety and this is due to its ability to reduce levels of cortisol—known as the stress hormone. Since cortisol is in opposition to insulin, reducing cortisol automatically improves insulin levels and can thus lower blood sugar. Ashwagandha has strong anti-inflammatory effects and may help in reducing cholesterol and triglycerides, helping improve heart health.

Ashwagandha is usually available in the form of supplements, as well as root and leaf powder. 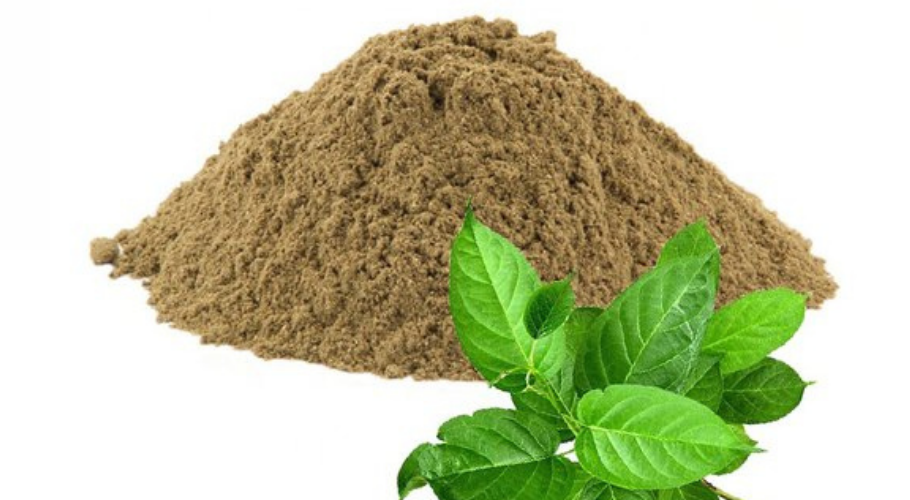 Gymnema Sylvestre is a perennial woody vine, endemic to India, where it has been long been valued by Ayurveda for its medicinal properties. Its native name itself, Gurmar in Hindi, or Madhunashini in Sanksrit, means destroyer of sugar. A fairly literal description for its ability to suppress the ability to taste sugar. It does this through the use of its leaves which contain gymnemic acid, a bioactive compound that interacts with taste receptors on the tongue to suppress sweet taste.

One of the most potent medicinal plants for diabetes, Gymnema can help regenerate the pancreas’ beta cells, which produce insulin. It is said to be able to improve cell permeability, thus helping insulin absorption. In short, this wonder plant can help normalize blood sugar, lower triglycerides, and reduce sugar cravings. In effect decreasing insulin needs, and reducing obesity. Turmeric finds use in many Indian dishes, as a spice. But it is also effective in the treatment of diabetes and has long been used in Ayurvedic and traditional Chinese medicines. Curcumin is the active ingredient in turmeric. It is a powerful antioxidant, protecting the body from the ravages of radicals that are a normal by-product of metabolic activity and external sources like exposure to cigarette smoke, pollution, etc. 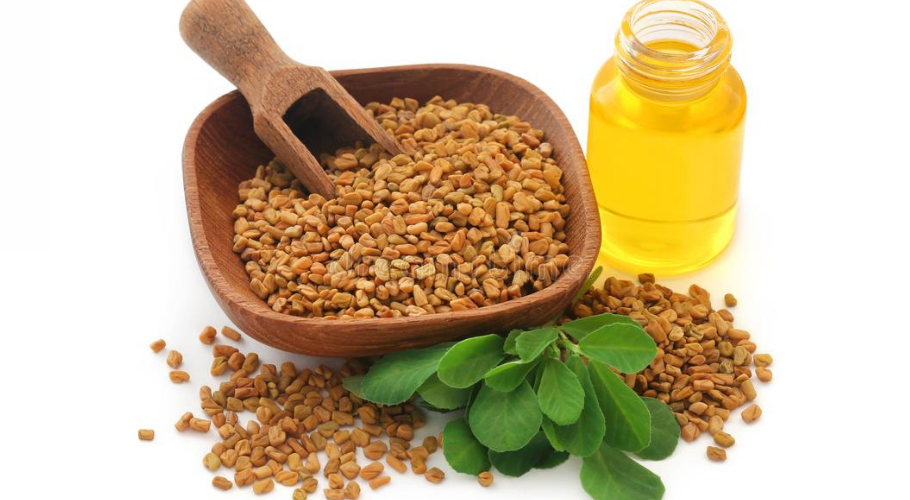 Fenugreek, or Methi, in India, is a popular vegetable as well as a condiment and herbal treatment. It is high in fiber, which helps slow down the absorption of glucose by the body. The seeds, in particular, are commonly used to lower blood sugar in diabetes. For best results leave 10 grams of fenugreek seeds overnight in about 150 ml of hot water and consume the water on an empty stomach in the morning. The seeds can also be eaten.

Fenugreek is commonly available as a whole or powdered spike, as a vegetable, or as a concentrate in the form of a supplement pill or liquid. Empirical studies have shown fenugreek’s ability to normalize blood glucose post meals, improve insulin response, and even lower cholesterol and triglycerides. Cinnamon is a sweet-and-pungent spice harvested from the branches of cinnamon trees endemic to South East Asia, South America, and the Caribbean. A common ingredient in baked goodies, it is packed with more than palate-pleasing favor. A pinch of cinnamon has been shown to improve glucose metabolism by as much as 20x. In addition to cinnamon’s blood-glucose-lowering (hypoglycemic) effect, it has also been shown to improve lipid metabolism and function.

The active ingredient in cinnamon called hydroxy chalcon polymer (MHCP) is responsible for stimulating glucose uptake.  It also contains polyphenols and polymers that are able to regulate insulin receptors in the cell membrane, thus improving glucose uptake and lowering levels of blood glucose.  So cinnamon improves glucose intake by the cells, increases the secretion of insulin.  Cinnamon improves glucose intake in cells, increases insulin secretion, reduces triglyceride levels, LDL cholesterol and total cholesterol. Cinnamon can be consumed as a powder or sticks of the bark. Cayenne pepper, aka chili pepper, is known for multiple health benefits. It contains an element known as capsaicin which helps improve metabolism. It also has anti-inflammatory and anti-bacterial properties.

It can improve insulin sensitivity, improving the uptake of glucose from your blood into your tissues, thus lowering your blood glucose levels. Capsaicin is commonly used to combat headaches and has been shown to alleviate nerve pain (neuropathy), which is commonly associated with diabetes. Truly a herb for all seasons, Holy Basil or Tulsi as it is known across the Indian sub-continent has, since ancient times been revered and worshipped. But beyond its spiritual significance, this herb is commonly used in Ayurvedic preparations for its immense therapeutic effects  It is an herb which helps in improving immunity and generally strengthening the body.

In addition to its immunity-boosting prowess, tulsi is especially beneficial for those suffering from insulin-resistance-related disorders. Simply chewing on tulsi leaves can reduce high blood pressure as well as cholesterol and triglyceride levels. Tulsi improves metabolism, helping the body process carbohydrates and fats more efficiently, helping regulate blood glucose levels. There are several ways to benefit from this miracle herb; you can have it as tulsi tea, tulsi water, or simply by chewing raw leaves freshly plucked off the plant. A flowering plant commonly found in the Mediterranean countries, Parsley is prized for its mild bitterish taste and features regularly in many recipes of the region. Beyond its distinctive flavor, parsley finds use as a natural remedy for diabetes. It has been also traditionally used to treat allergies, high blood pressure, and inflammation-related illnesses.

Parsley is rich in nutrients and is a potent anti-oxidant. The herb also has strong diuretic, anti-hyperglycemic, anti-hyperlipidemic properties. Its nutrient-rich composition and anti-inflammatory, anti-oxidant properties make it an effective treatment in stabilizing blood glucose.

Best of all, it is very easy to add to one's diet thanks to its versatile flavor palette that lends itself to a variety of dishes from soups and salads to fish. It is an ancient herbomineral extract found in the Himalayas. It develops gradually and can take centuries to transform into the sticky substance we recognize today. Shilajit is a safe supplement and is commonly used in several Ayurvedic preparations. Shilajit is known to improve mitochondrial activity—the process by which cells transform glucose into energy.

This makes it very effective in controlling blood glucose levels. Shilajit is also effective in improving lipid profiles. It enhances the liver’s glycogen stores and is said to promote regeneration of the pancreatic beta cells—which produce insulin—as well Fulvic acid, the active principle of Shilajit, enhances the bioavailability of important trace minerals that are essential for the body.

While all these herbs have powerful properties that can help manage blood sugar and improve insulin sensitivity, it is important to inform your doctor if you are taking any of them regularly, as there could be hypo-glycemic side-effects if combined with other anti-diabetic drugs. Many are also high in fiber which could slow down the absorption of the medication. Pregnant women and vulnerable populations should make it a regular practice to keep their doctors informed to avoid any possible unwanted side effects.

Liked this article? For more information on foods that are naturally beneficial to diabetics, check out the blog section on our website. NEXT
Why Every Body Needs Insulin- FFD
Call us