With its description as a lifestyle-related disorder, diabetes may seem to be an affliction of modern times; a result of easy living, 21st-century conveniences like the internet, packaged foods, etc. And while diabetes has definitely mushroomed in these recent times, there are references to the disease dating back centuries.

The earliest mention of diabetes comes in the form of a papyrus scroll recorded by physician Hesy-Ra back in 1552 BC. In it, he mentions frequent urination as a symptom of a new disease. Around the same time, a few other healers, Sushruta, Arataeus, and Thomas Willis, were known to be working on a treatment for diabetes. Greek physicians meanwhile were advising exercise to ease the symptom of excessive urination. Other treatments of the time included alcohol and over-eating. These were prescribed to balance the loss of fluids, weight, etc. When that didn’t work, healers were also known to advise starvation diets.

It was noticed that the urine passed by diabetics had a sweet taste—probably as it attracted insects, rather than by the application of a taste test. This aspect may have led the sixth century BC Indian healer, Sushruta to call it Madhumeha—a combination of Madhu, meaning honey, and meha, meaning urine.

Other healers of the time were also beginning to diagnose diabetes based on the same symptom. And it thus came to be known as the sugar urine disease.

Discovery of Other Symptoms & Type 1 Diabetes

Moving down the centuries to 980 AD, there is a record of a Persian healer, Avicenna who gave a detailed account of diabetes mellitus, in which he described symptoms like frequent urination, and decline of sexual functions. He also mentions diabetic gangrene. Avicenna is also the first known person to identify diabetes insipidus, what we know today as Type-1 Diabetes.

Role of the Pancreas

Then in 1889, Joseph von Mering & Oskar Minkowski identified the role of the pancreas in diabetes. They appear to have done this through a rather brutal process of elimination: they found that when the pancreas was removed from healthy dogs, they developed the symptoms of diabetes.

Finally, in 1910 the role of insulin was identified by Sir Edward Albert Sharpey-Schafer. He gave it the name insulin—from the Latin word insula, meaning island. It referenced the Islets of Langerhans, which produce insulin, in the pancreas.

Use of Insulin as Medication

In 1920, taking Mering and Minkowski’s discovery forward, two scientists, Sir Fredrick Grant Banting and Charles Herbert Best used an extract from the Islets of Langerhans in the pancreas to successfully reverse induced diabetes in dogs—a major relief for canines.

Banting and Best used insulin from the cow pancreas to create a purified form of the hormone that led to an effective treatment for diabetes. This won the noble prize for Banting and the laboratory director MacLeod, in 1923—an honor they elected to share, along with the prize money, with others in the team, most notably Best and their chemist colleague Collip.

In the same spirit of nobility, Banting and Best made the patent freely available, enabling insulin treatment for millions of diabetics across the world.

In honor of his discovery of insulin and his work, Banting’s birthday, November 14, was commemorated as World Diabetes Day gets celebrated from 14th Nov 2007 onwards.

In January 1922, at the Toronto General Hospital, a charity patient named Leonard Thompson became the first person to be injected with insulin as a treatment for diabetes. The treatment was clearly successful, because, Thompson went on to live for 13 more years before contracting pneumonia and passing away at 27.

In 1936, Sir Harold Percival Himsworth published a treatise in which type 1 and type 2 were identified as different forms of the same disease. It is the first recorded instance of its kind.

It is only relatively recently, in 1982, that the first biosynthetic form of human insulin went into production. It was named Humulin—a combination of Human and Insulin. It is marketed in several countries today.

Treatment of diabetes has come a long way. Every day we learn more about diabetes and also the ways to treat it. Pioneers like Dr. Neal Barnard, Gabriel Cousenz, Joel Fuhrman, and in India, FFD’s very own, Dr. Pramod Tripathi evolved protocols that enabled diabetics, many of them under heavy medication and suffering from other diabetes-related complications, to reverse their condition naturally.

Today, diabetes reversal is gaining recognition as a valid treatment for insulin-resistance-related disorders.

For more information about diabetes reversal, visit the blog section of our website section for enrolling in the Discover Reversal Session or watch the videos on this and other related subjects on our Youtube Channel. 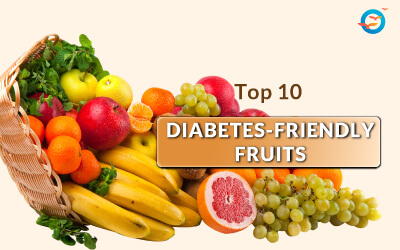