Khichdi is a dish prepared from rice and lentils.  In many states in India, it is the first food that babies are given to eat. In Tamilnadu, it is called Pongal while Kannadiga call it Huggi.  One can also say khichdi is a salty porridge.

If you have diabetes, it is always better to reduce the consumption of wheat and rice or to say refined grains.

Can we do anything when it comes to Khichdi?

Can we replace rice?

The answer is a big YES.  What could be the option? any guess?

Is barley better than rice?

Barley is richer in proteins, fibers, B complex vitamins, potassium, magnesium, and iron. Plus it has low glycemic index than rice.  All in all, barley's nutritional profile is better compared to rice.

Is barley good for diabetes?

The whole-grain barley contains very high dietary fiber.  This fiber slows down digestion.  Barley's high level of magnesium makes it an incredibly beneficial food for diabetics. It is also good for those with a high risk of developing diabetes.

Barley khichdi is a classic option to normal khichdi.  It is diabetes-friendly with all the goodness of barley and gives a feeling of satiety.

Here is the Step by Step Preparation of Barley Khichdi

Serve this khichadi while hot. However, the khichadi can be re-heated by placing it in the pressure cooker. Avoid re-heating in a wok as the grains harden up.

While consuming it as a snack, have it in proportion.

You can prepare barley khichadi vadas (made a little flatter to cook well) - either in an air fryer at 180 degrees for 15 minutes) or placing them on the griddle in a spoonful of cooking oil. This is an excellent and healthy substitute for all the sabudana khichadi lovers.

Diabetics, definitely add Barley Khichdi to your food list. Visit our recipe section to learn more about such diabetes-friendly recipes.

Until a few years ago, nobody even knew about "Diabetes Reversal'.  Dr. Pramod Tripathi's Freedom from Diabetes has successfully reversed diabetes of 11,000+ people and given them freedom from diabetes medicines and insulin.  All this was only possible due to our deeper understanding of the subject and customized care.  Do enroll in our Discover Reversal Session and fast-track your Diabetes Reversal.

Looking for other healthy Diabetes-friendly Recipes? Try these: 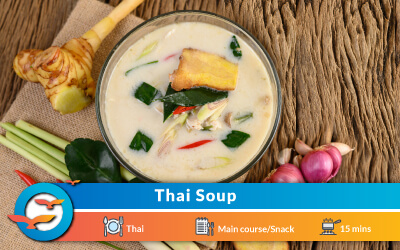 NEXT
5 Best North Indian dinner recipes for diabetics
Call us